Behind the Scenes: Strictly Amy – Crohn’s and Me 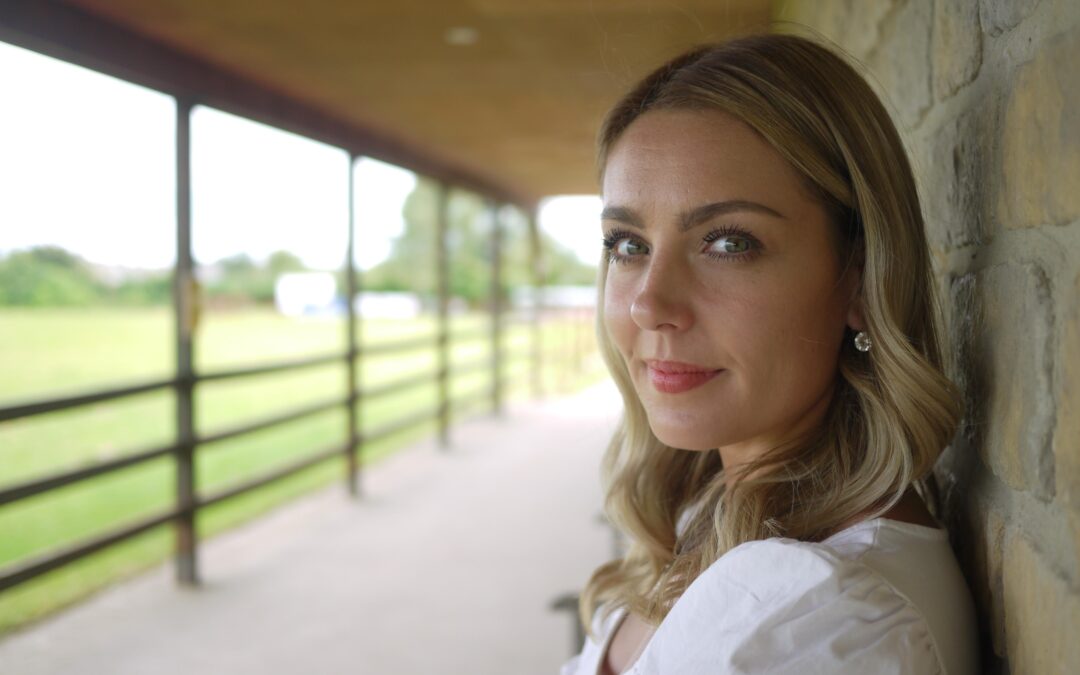 In a powerful and honest documentary, Strictly Come Dancing professional dancer, Amy Dowden, shares her experience of living with Crohn’s Disease. Producer Director Laura Martin-Robinson spoke to Broadcast about making the documentary and the challenges of filming during a pandemic.

Every documentary I’ve ever made has thrown a curveball at some point.  Wildflame Productions’ Strictly Amy: Crohn’s and Me was no exception.  My contributor was rushed to hospital on day two of filming …and then a global pandemic struck.

I was following Amy Dowden, Strictly Come Dancing professional over a busy year. She was performing in a solo show, taking her dance school to the world-famous Blackpool competition and then – the icing on the cake – marrying her dance partner Ben.

Through this we’d see how Amy lives with Crohn’s  – a chronic illness she’s had since 11. Despite debilitating pain and hundreds of hospital admissions Amy has risen to the top of her dancing career.

When I was asked to make this film for BBC Wales, I knew nothing about Crohn’s. Around 500,000 people in the UK have Crohn’s or Colitis (a similar disorder). Causes are thought to be genetic and environmental but no one really knows why people get it. It causes severe inflammation to the intestines and if it goes untreated you’re at risk of complications like sepsis and bowel cancer. Pretty grim and pretty scary.

So when I met Amy I was blown away by her stoicism. I’d seen her on Strictly and couldn’t get my head around how someone who has all this happening inside her could also be doing high kicks, the splits and tango-ing all day.

On day two of filming Amy’s agent called to say she’d been rushed to hospital. Amy manages her illness through medicine and diet and, although she has the occasional flare-up (which she’d agreed to let me film), I wasn’t prepared for one so soon. I drove to her local hospital and camped out for two days. I was allowed in to film and Amy was coming to. It was a dramatic opening to a film that would only become more so.

Two weeks later Covid-19 struck. We were at Amy’s wedding venue. As Amy was sampling the taster menu, her fiancée Ben was reading out news alerts that the country was going into lockdown. It was beyond surreal and I had no idea what it would mean for the film – or for the world. An emergency meeting was organised with the Wildflame team who sprung into action and organised for a high-end but easy-to-use camera to be biked to Amy’s house so she could film herself.

From March to June, Amy had three more hospital admissions. Ben and Amy filmed as much as possible and these ended up being the most powerful moments. When Amy was well enough, we Zoomed and caught up.  In between ‘homeschooling’ my 2-, 4- and 9-year-old, I’d review her footage and figure out next steps.

By July we were back up and running. Amy was going back on Strictly and we needed to finish filming. Over lockdown I’d found a raft of new stories to follow – of people with Crohn’s doing amazing work to spread awareness, doctors creating vaccines and even another Strictly star, judge Shirley Ballas who’s niece has Crohn’s. We’d need to film everything outdoors or in well-ventilated spaces, 2m apart, in masks and with plenty of sanitiser. It was a cautious all-systems-go.

Even with a rammed schedule I knew I wouldn’t be able to film enough scenes in the time we had and I was worried about how un-visual it would be with all the restrictions. So drawing inspiration from Chris Packham: Aspergers and Me and The Curry House Kid I decided to film some choreographed dance sequences with 3 young ballroom dancers. These scenes would provide visuals for Amy’s childhood memories. I’d never done anything like this before – so it was a whole new world.

After weeks of changing dates and plans due to everything being so uncertain  – finally the shoot was sorted – we had 4 locations, a truck full of props, crew, accommodation, child licenses. Working with the young dancers was brilliant and with DOP Patrick Smith at the helm I was in safe hands.

BBC Wales were supportive in how reactive we needed to be and the Wildflame team were brilliant in facilitating my ever-changing requests.  The final film wasn’t what was commissioned but ended up being a love letter to ballroom dancing, a powerful account of this terrible illness and a record of one of the strangest and most unsettling times we as a nation have ever experienced.

Strictly Amy: Crohn’s and Me is available to view on BBC iPlayer.