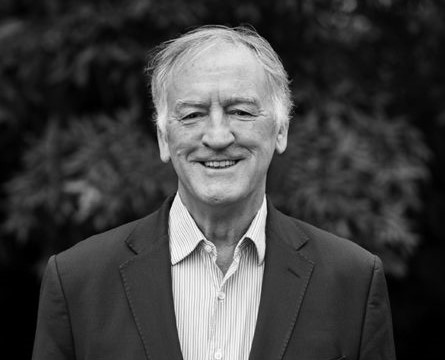 It is with great sadness that we acknowledge the death of John Caldon, who passed away earlier this week having been diagnosed with Cancer last year.

John was Group MD of Flame Media and founded Wildflame with Paul Islwyn Thomas back in 2015. In March 2020, Wildflame’s CEO acquired the entire share interest in the company, having previously been under the umbrella of John’s Sydney-based Flame Media Group. John was an integral part of originally setting up the company and his support, belief and good will has seen Wildflame become a powerhouse for UK and Regional Factual and Specialist Factual programming. Wildflame will continue to build on the exciting ambitions that were set by Paul and John early on in their journey as a company.

Paul says, “John Caldon was a one-off – an incredibly kind, honourable and charismatic person. He was hugely successful in business and finance throughout his impressive career. Not only was he wonderful company he was generous, positive and an example to us all. Nothing was ever too difficult, he found way a through even the most complex situations and always searched for a solution. John was a very special person and we will miss him very much.”

Our heartfelt thoughts and condolences go to Lyndey, his amazing partner who cared for him throughout, to Patrick his son, Lizzie his daughter and his friends and family.

Further tributes to John Caldon can be found on the C21 Website available here and in BroadcastNow’s article here.

A recital for John will be held on Thursday 25th February. Please see below for further details. 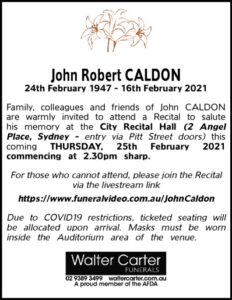