The Story of Welsh Art 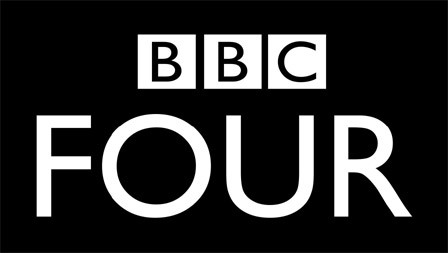 In a new three-part series, broadcaster Huw Stephens discovers the many treasures of Welsh art, following the story from prehistoric times up to the present day…

In this landmark three-part series, Huw Stephens explores what has long been a missing piece in the cultural story of Britain and indeed Wales itself – the story of Welsh art.

In the first episode, Huw starts his journey on the island of Anglesey where he steps inside a prehistoric burial chamber to witness art in its earliest form. He sees an exquisite example of Bronze Age artistry and religious art delivers some of the most powerful and physically impressive pieces.  As artists moved their gaze beyond religion, the rise of portraiture began, with Hans Memling delivering the first known oil painting of a named Welsh person, John Donne, in the fifteenth century.

Scrambling up the side of one of Wales’s highest and most rugged mountains, Huw Stephens begins the second episode by retracing the steps of Richard Wilson, an 18th century artist who changed the course of art history and transformed the way Wales was seen by the world.
As the 19th century progressed, art and industry collided and the people who did the back-breaking work were depicted for the first time. Huw is shown a remarkable collection of 19th century portraits of named labourers, each with his own character and identity.
Escaping the dirt and noise of industrialisation, artists were drawn in increasing numbers to the unspoilt rural charm of north Wales.  Huw travels to Betws-y-Coed where, in the 1840s, an artists’ colony established itself in what was then a tiny village.

In this final episode, Huw Stephens’ journey begins at the dawn of the 20th century with the artists who broke with tradition and depicted Wales in radical new ways.
Between the wars, industrial south Wales produced some of the most powerful art of the century; steeped in experiences of mining communities and the desperate poverty they endured. Huw visits Bardsey island to see how one artist immersed herself in its isolation and sketched island life whilst also examining the work of Kyffin Williams; a distinctive, dramatic landscape artist who established himself as the most popular Welsh artist of the 20th century.

Contemporary art in Wales reflects a post-devolution self-confidence that allows it to look both forward and back. Huw learns how award-winning work took the patterns of traditional Welsh blankets and printed them on to the silver foil coverings given to refugees.  For his final stop, Huw visits Colwyn Bay where he meets the internationally renowned artist Bedwyr Williams whose work draws heavily on Welsh art history using humour and irreverence. It is a unique history, Bedwyr concludes, and one that makes him excited to be living and working in north Wales.

All episodes available on BBC iPlayer from Monday 1st March